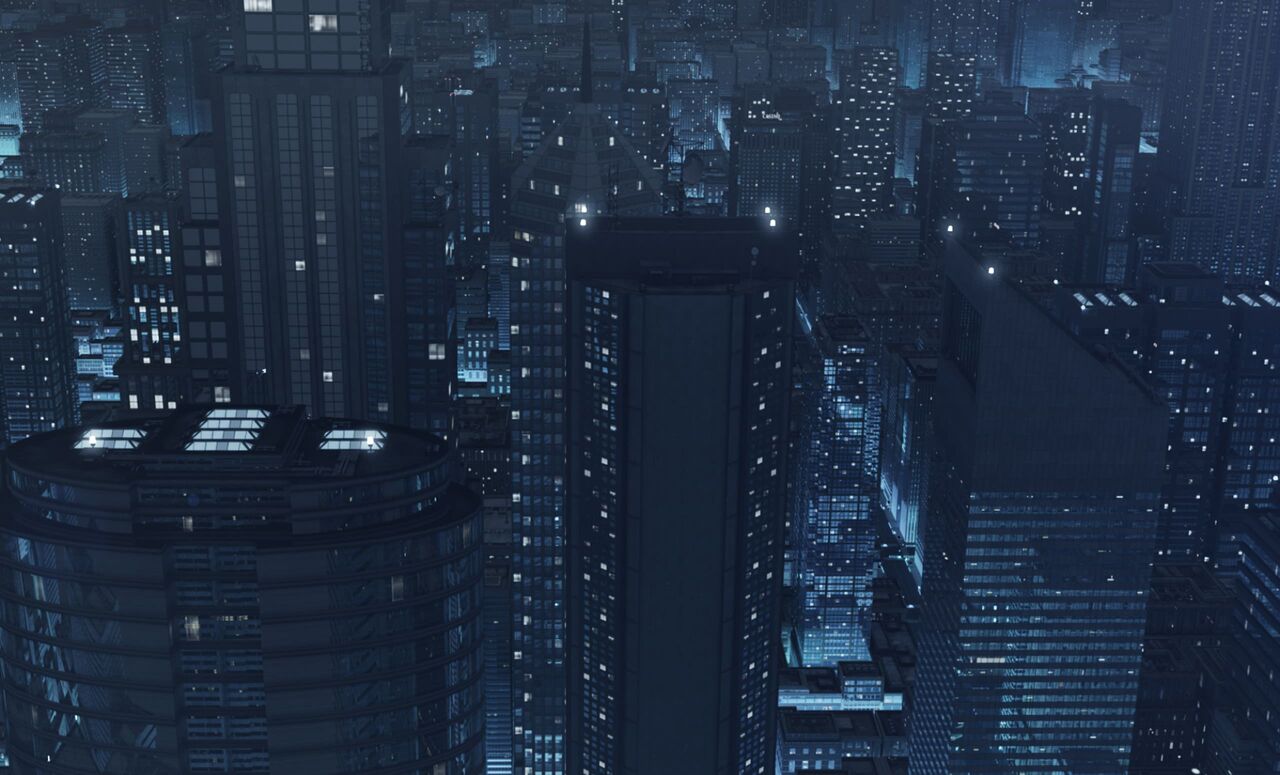 What's on your mind?

The fandom after seeing Suzue be like: IMMMA KILL YOU

The fandom after finding out that Suzue is Daisuke's relative: OMG! QUEEN! BEST GIRL!

Okay so idk how fandom works but I think Haru's height might be wrong? It's listed as 180 cm even though he's 178 cm according to the official account :o

It was a wheel challenge :D 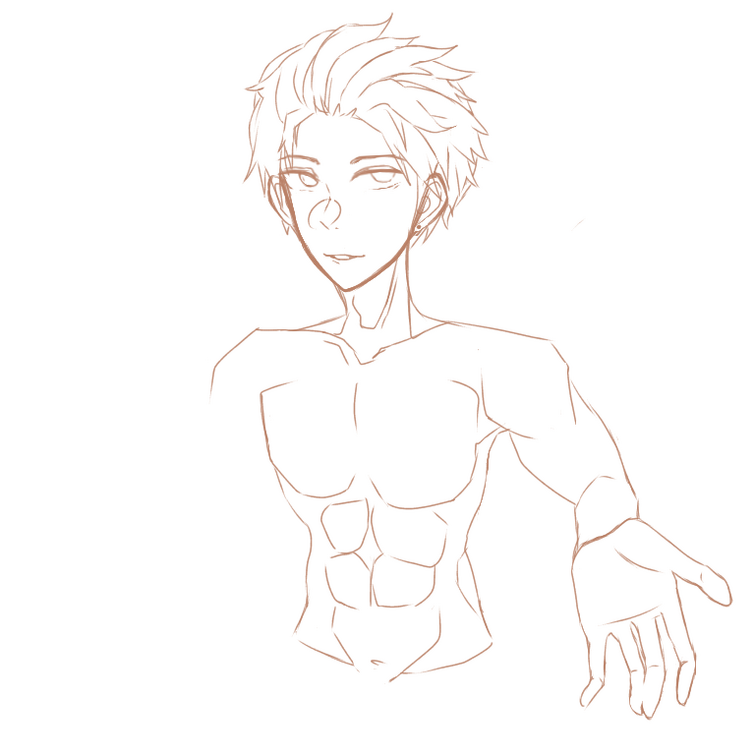 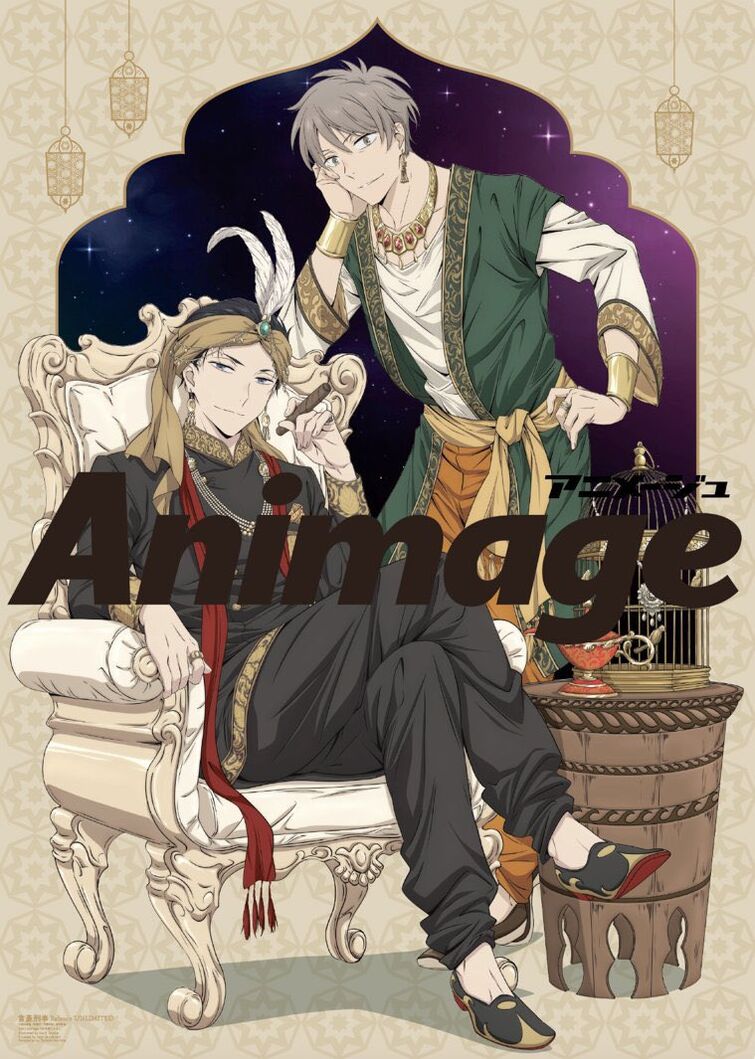 Who exactly is suzue to daisuke?

At first kato called suzue his wife, which daisuke denied and said she was family.

Second, i thought she was his fiancee, but that wouldnt make sense either considering her surname is already kambe, and he wouldve told kato that theyre engaged instead of saying shes family.

Third, she wasnt in any of the family photos, so there isnt any possibility that shes his sister considering daisuke wouldve been 8 and she wouldve been 6. if she was related to the kambe family, even though she would be 6 at the time the photo was taken, she shouldve been included either way. this excludes the possibility of her being his biological sister. she even calls daisuke's parents, "your parents" and not "our parents". 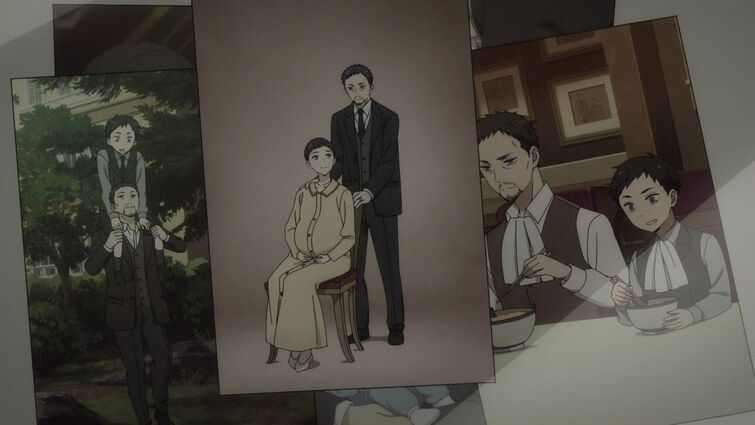 I believe its closer to cousin, because of her unique resemblance to the kambe family (black hair, blue eyes) and it would make sense that she wasnt in the photos.

Of course this theory is still unclear due to the fact her parents arent mentioned, and we know close to nothing about her past. and it also doesnt mention anything about daisuke's parents having siblings.

But, after browsing the web, i noticed this: 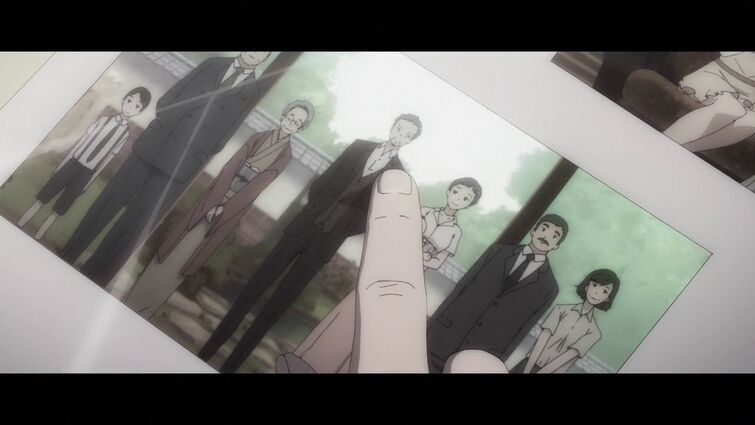 *looking on the far left, we could assume that that boy is daisuke considering he is next to his grandparents, but his hairstyle is different which puts me off.. behind the finger pointing at shigemaru is his wife, holding a baby? now that could be suzue, but daisuke and suzue are only 2 years apart, so she would be a toddler in that photo. which concludes me to saying that the boy is not daisuke and the baby is not suzue but is daisuke. who are the couple next to sayuri though? could it be suzue's parents? and if the boy is not daisuke, then who is he? (or i might be wrong and the boy is daisuke and the baby is suzue)

What do you think?

Apologies if there are any typos ;-; 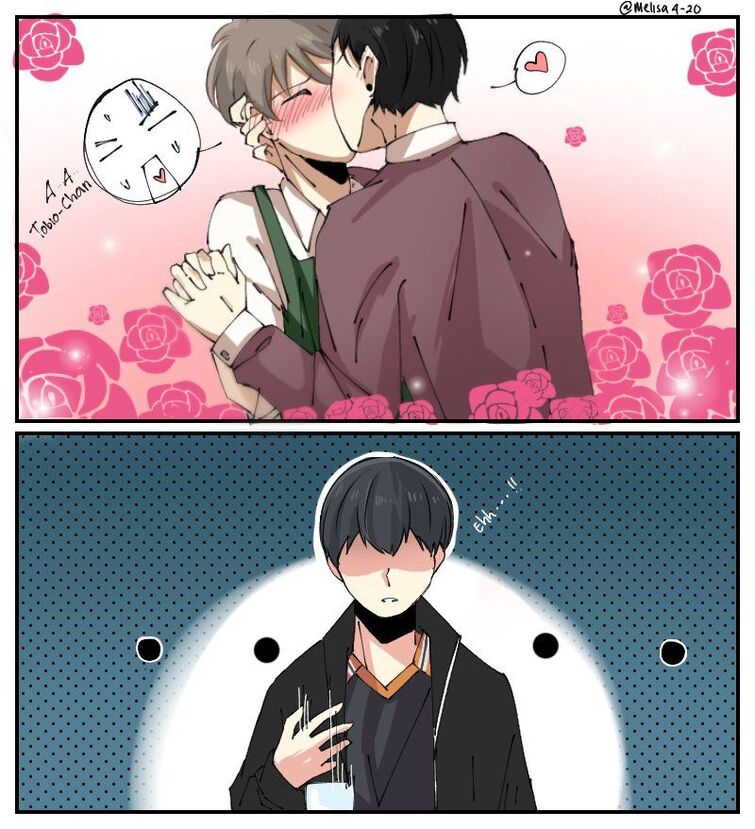 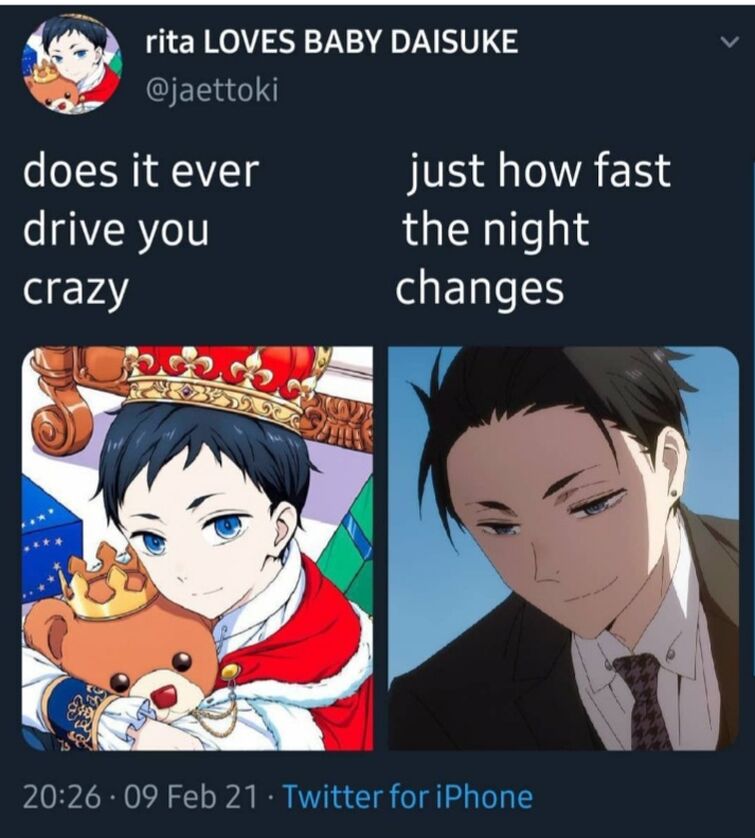 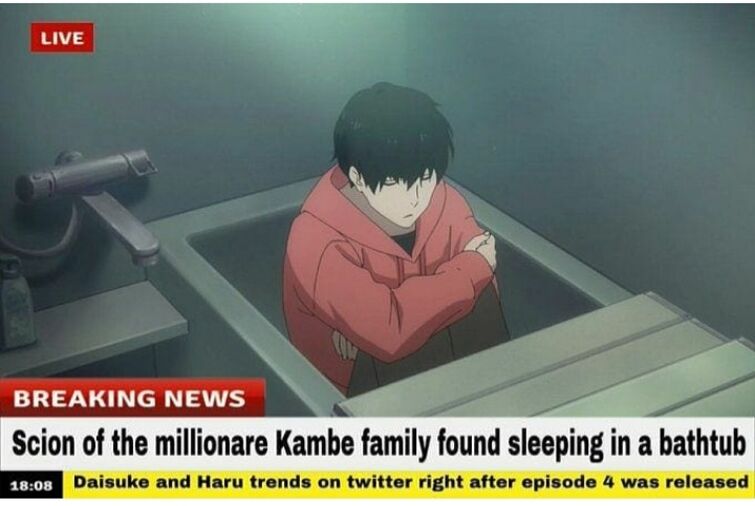 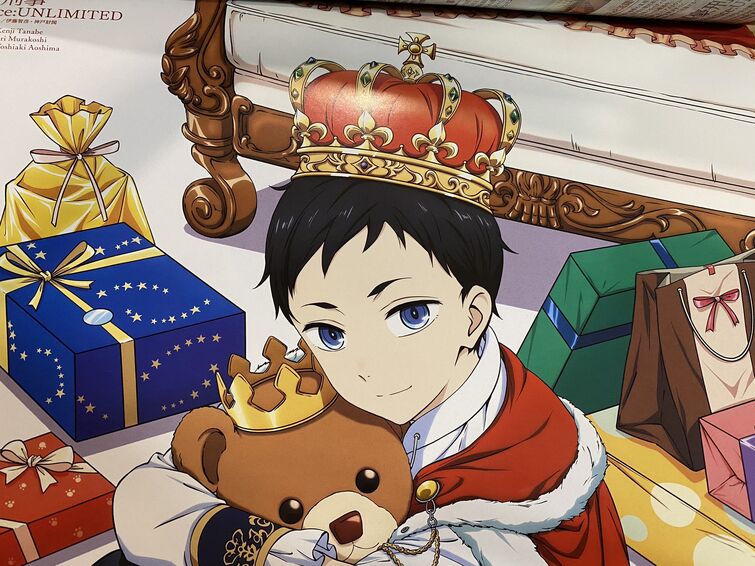 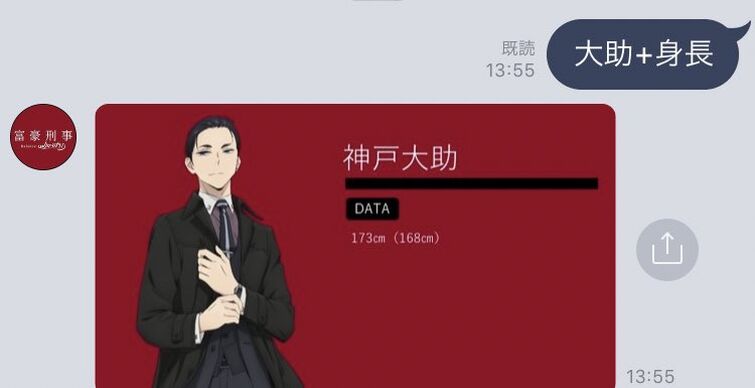 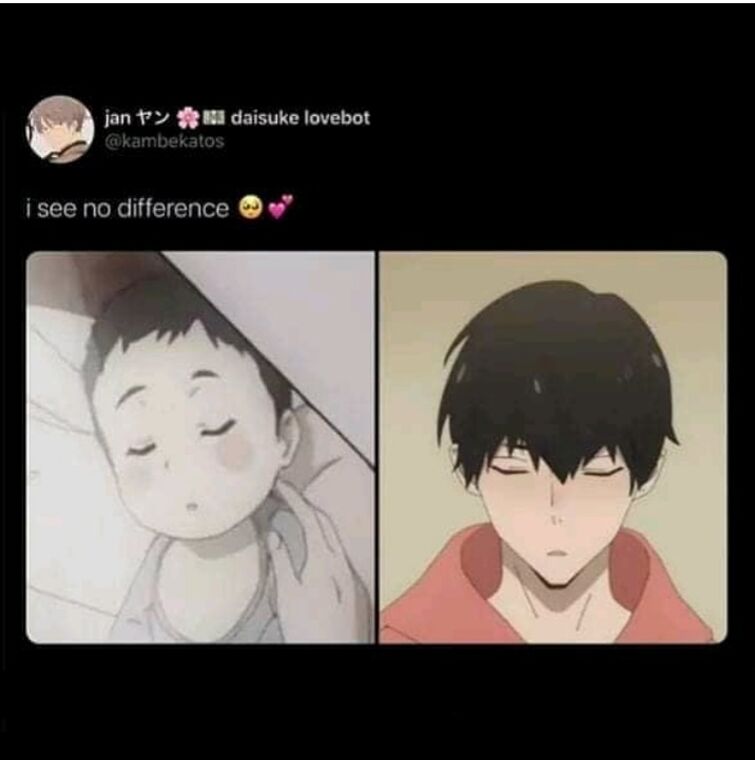 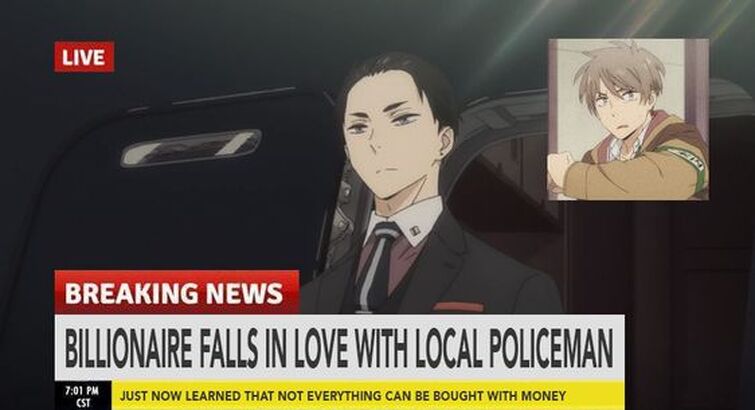 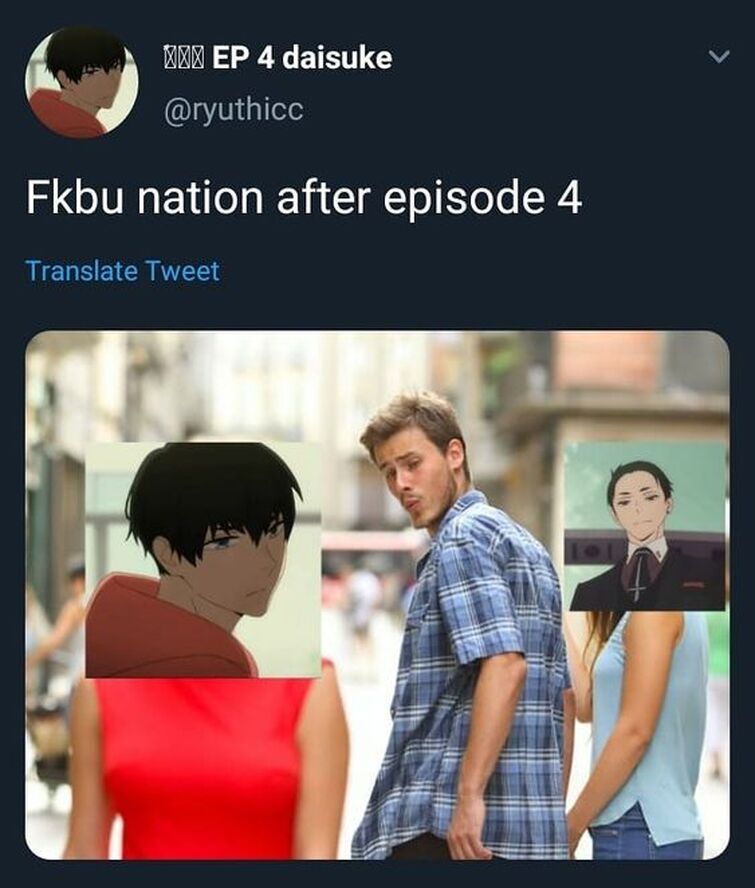 It's totally him, right?

It's funny, Daisuke kinda looks like Kageyama in this scene as well. 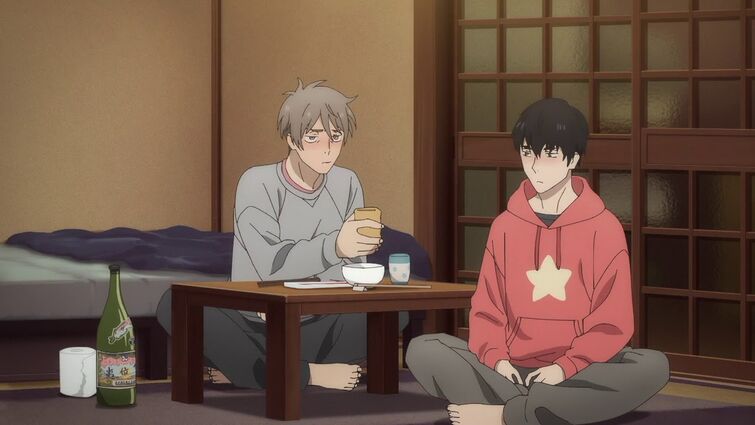 You should know, dear Rii.ul, That someone has changed something on Daisuke's page, such as that they have Kato Haru pass it on to his partner as a spouse. and if the gender box is elsewhere.

I modified them and took them as they were originally.

If you want to block it on Kambe Daisuke's page.